Why Johnny Manziel Should Be Cleveland’s Starting QB

Let me start out this article by saying that I am a diehard Cleveland Browns fan and I will be for life.

Just to give you an idea of this fandom I have for my team, here’s a quick story about the photo above. I went out and bought that jersey in Times Square in NYC on my first payday Friday at my first job post grad. I changed in the bathroom and wore it around work all day because it was “casual Friday.”

I grew up cheering for the Brownies and even “attended” many games in the DAWG POUND via my mother’s womb. So you can say we go back pretty FARR 😉

As a team, we have gone through 23 quarterbacks in my 23 years of life.

Here’s my case for why Manziel deserves to be the starter, after just two preseason games:

1. Josh McCowan is downright awful. Sorry, but someone has to say it. Literally terrible. Old. He threw two interceptions in his dismal preseason performance.

2. Johnny Manziel has matured. He has learned from his lessons, and is continually learning.

3. He brings a competitive fire, an ability to scramble and excitement to the fans and the front office.

4. Cleveland had a solid run game last season and adds upon it this season with Isaiah Crowell, Duke Johnson (*great under the radar fantasy RB pick up*) and Terrance West. Johnny is a running QB, and one of the best of ’em.

5. Throughout the preseason, Manziel has gone 17 for 20 for 160 passing yards and a touchdown.

6. Most importantly, the game has appeared to slow down for him. He’s making better decisions on and off the field. He looks more poised in the pocket. And he wants to win.

The issue may be that his temporary long term elbow soreness may be caused from his throwing motion and could result in longer term issues.

“He does change his arm angle a lot, and quarterbacks that tend to drop their elbow on some throws will have a tendency for this to happen,” Pettine said earlier Monday during an interview with ESPN Radio’s Mike & Mike.

The team believes that rest and maintenance can take care of the issue and the Browns expect Johnny Manziel to play on Saturday in the third preseason game in Tampa.

Now it’s time for the Browns to make the right decision and start their first round draft pick, now and for the rest of the season. It’s what the people want.

And that’s not just me saying it! 😉 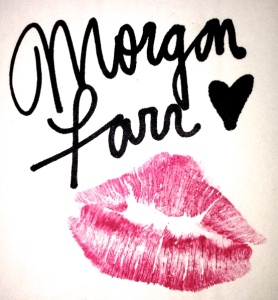